From Dust Till Dawn Read-A-Thon: Challenge 5 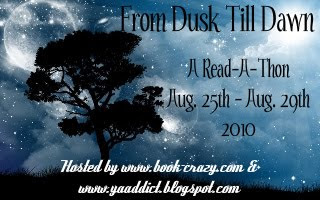 For this fifth challenge that I'm participating in, Supernatural Snark is asking Read-A-Thon participants to choose a couple (from different books) and pair them together.

Why? Well, I got to know David pretty well in the first book in the Uglies series. He's strong and a revolutionary and smart and subversive, but not in a showy way. He's actually a lot like Gale, but he doesn't have the history with Katniss that Gale does. So maybe she'd look at him more like a boyfriend and less like a friend. Together, these two could whip up some series trouble in both of their dystopian worlds.
Posted by Mrs. DeRaps