Character Interview: Melissa from Cris Beam's I AM J 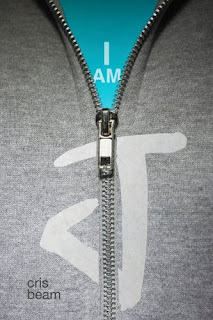 Cris Beam's I Am J tells the story of "J," originally called Jennifer. Ever since he can remember, J has felt out of place in his own body. Because of this disconnect, J goes to great lengths to alter his appearance so that he will feel and be seen as a male.

Anyone who knows anyone who identifies as transgendered and anyone who'd like to know more about this experience should read this book. This interview takes place between myself and J's best friend, Melissa. She's a super spunky and complex character herself. Here's what she had to say:

When you first met J, you were much younger and taking a photography class with him. The teacher is refusing to call J anything but Jennifer. You step in and defend him even though you don’t know him. Why do this?

Oh my god, I totally remember that day! That teacher was a fool, and so uptight! Here was J, the new kid, looking completely embarrassed, and I couldn’t stand it. I mean, I’m for civil rights. My mom taught me about that when I was like five years old: nobody gets to tell you who you are. I think it’s because I’m biracial. My mom’s pretty intense, but she practically drilled that into my head.

After meeting J, you offer him a Picasso quotation: “Art is a lie that tells the truth.” What truth are you trying to tell with your dancing?

I love that quote!!!! I don’t think I’m any more “true” than when I’m dancing; it’s like I can say things with my body that I can’t say in words, even though I talk a lot. For me, dancing cuts below the bullshit, because it moves impulsively at first; it’s not trying to prove anything, the way I am when I express myself in other ways. But it’s also a lie, because what you see in dance may not be what I’m expressing exactly, but there in that seeing is a different kind of truth. There are so many layers! Oh, I can’t say it right. Just come see me dance!

Though J is the primary focus of this story, you have a lot going on in your life. Why do you cut yourself? J brings it up a lot in conversations with you. Does that bother you or does it help to talk about it?

I don’t cut anymore, but yeah, I used to. And it used to drive me insane the way J would constantly bring it up like it was nothing. I think he thought I was doing it to get attention, but now I recognize that he was worried. I cut because it brought me relief: sometimes all the crazy thoughts in my head would get so intense, the only thing that would make it better was this direct and focused pain. It’s not really logical when you think about it in one way, but it made some kind of sense when I was really suffering. And yeah, now it does help to talk about it, but I have to talk about it with the right people. I go to a group. And sometimes now, when I think about cutting, I’ll do something like put an ice cube on my wrist until it really hurts. That stops the thoughts, and I don’t do any real damage.

You and J have a back and forth relationship, but underneath your bickering there seems to be a deep respect between the two of you. Why do you think this is?

Well, J is my best friend, and I think he always will be. I would probably marry the guy, if he didn’t stuff his emotions so much! Seriously, underneath all that stuffing, J is really patient. I’ve lost friends over the years because of my temper and my big mouth: I always say what I think, even if I haven’t thought about it first. J has always weathered my storms, and he’s always stood by me. He’s very loyal, and I have a lot of respect for that. I think for J maybe, I help bring him out of his shell. At least I like to think I do.

I loved your performance at the end of the book. Without giving too much away for those who haven’t read this book yet, where did you get the strength to perform this “threshold” piece?

I don’t know if that dance was strength—or desperation. That dance came at a really bad time in my life. J had already started hormones, he was going to get into college and move away—I just knew that would happen—he had this big world ahead of him and mine was closing down. I was going to finish high school and I had screwed up my college applications. Plus, my mom was gone all the time and wasn’t paying any attention to me. Nobody was paying attention to me. I was going to be a dried-up dancer at eighteen. Or that’s what I thought. I had this big pain inside that I couldn’t talk about, so my only option was to dance it in front of everybody.

At the end of this story, we know what happens to J, but I’m not quite sure that I know where your story is going. Everything okay with you?

Yeah, I’m really good! I have a new group of friends from my support group, and I’ve been doing some speaking at high schools for kids who cut. I’ve started taking salsa classes which is weird because I thought I only liked modern dance and especially solos, but there’s something really beautiful about partner dancing and, as my teacher says, “learning to yield.” I have a crush on this guy in my class who’s blind, and I want to ask him to teach me how to read Braille, because I have this idea about choreographing a dance to raised dots on the floor. I’m going to reapply for college in the fall, but until then, I’m just taking the days as they come and appreciating the good things in my life. Like this interview. Thanks for talking with me!


Thanks for the conversation, Melissa!
For more information and a complete list of the stops on this book tour,
please visit The Teen Book Scene!
Posted by Mrs. DeRaps