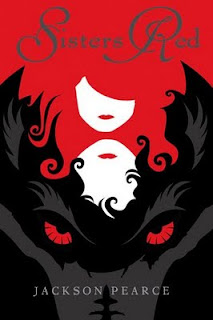 Little Red Riding Hood wishes she had the Marsh sisters on her side. Scarlett and Rosie, deadly wolf-hunting teens, are more than capable of taking on the evil, sneering Fenris (werewolves) that prowl the streets looking for easy female prey. When these two hunters pair up, there are no Fenris left alive.

Unfortunately for Scarlett and Rosie, there is no shortage of Fenris. Every day it seems, there are more and more. And, more and more girls have gone missing or are found dead. Worse, it appears that the Fenris are gathering to create a new recruit. With the help of their hunting partner, Silas, the handsome woodsman, the sisters leave their quaint small town in search of Fenris in the city.

Though both sisters are committed to hunting the Fenris, only Scarlett lives and breathes the hunt. When she was eleven, she was horribly scarred and lost an eye in a Fenris attack that also took her grandmother. Just a girl, Scarlett would not have been disfigured if she had not shielded her younger sister Rosie from the Fenris. Now, Scarlett hunts with an unquenchable vengeance and Rosie is used as bait to lure in unsuspecting Fenris. But, Rosie has other things on her mind. Namely, a romance with Silas.

From the start, the readers of this story lured me in. I am sure that I would've enjoyed this book if I'd read it, but listening to it is a special experience, I think. The three readers of this story did an incredible job, so well that my husband even listened in now and again. (He's not easily lured into fairy tales retold.) All of the voices are perfect and distinct to their characters. With this reading, the narrative comes alive and the action is made real.

Fast and entertaining, I think that those who love fairy tales and paranormal stories will fall in love with this creative, well-written story. I did!