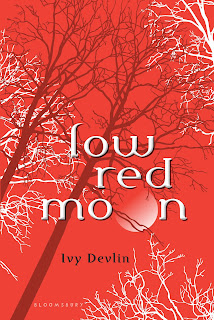 Low Red Moon opens with violence. Something horrific has happened. Avery Hood is covered in blood. Her parents are dead. Flashes of silver--That's all she remembers.


Avery lived in the forest with her parents. They were off the "grid" and lived off of the land. It was a beautiful life, but there was constant pressure for her parents to move away from the forest, which are populated by rare species of wolves. There are rumors that these wolves can take human form. Avery doesn't know what to believe.


And then, a mysterious but beautiful boy named Ben moves to town. Avery is now living with her grandmother. A normal house, no solar panels or water-saving showers. Avery now goes to school with others kids because her mother isn't there to home school her. So Avery sees Ben. A lot. It seems like he's everywhere that she is. And, it doesn't help that she's strangely attracted to him. It's almost animalistic.

I would say this read is entertaining. I read it in the space of an afternoon. It was a little scary, though a tad predictable (for me at least). I wished that there was a little more development of the relationship between Ben and Avery. There was a lot lacking, a lot that needed to be left to the imagination. But, I was flipping pages to see if my prediction panned out. And that's a good thing.
Posted by Mrs. DeRaps