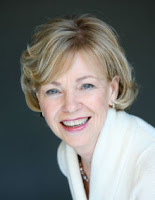 Today I'm lucky enough to have C. Lee McKenzie, author of The Princess of Las Pulgas visiting. She's been kind enough to answer a few of my questions and she's offering up a copy of her book to one lucky commenter. Here's what we talked about:


In this book, Carlie grows up in a wealthy, privileged lifestyle for much of her life and is then forced to move to a much poorer area. This is an interesting topic to me because I teach in a very poor school. Though we lack resources, our students are rich in their spirits. I learn great life lessons from their courage every day. Is this true of any of the characters in this novel?

I think it’s true of several characters in Princess. Carlie certainly learns about courage from K.T. and that’s the last person on earth she expects to learn anything from. Carlie judges K.T. based on her tattoos, her “rappy-head shifting” behavior and her “in-your-face” attitude. Then she finds out that K.T’s behavior is a way to protect herself from terrible memories and mean kids.

Juan learns about Carlie’s own courageous fight to survive in this strange new place and without her loving father to guide her. He assumes she’s just a preppy Channing girl when she’s so much more.

Everyone finds out about Mr. Smith’s courage. He gives up a prime teaching position in an up scale school because he’s “needed” in Las Pulgas. I love Mr. Smith.


I love that you’ve included an English teacher in your novel who is a positive role model and inspiring to his students. Often, adults are portrayed as negligent and irresponsible in YA lit. Was it important to you to have a positive adult figure in your book?

I try to have positive adult role models in all my books. They don’t have to be perfect and they deliberately aren’t because I like to show that it’s never too late for people to reach their full potential. I like to show that it’s not only teens who struggle to find a place they fit. Being an adult doesn’t automatically bestow wisdom upon us; it often only bestows power.

Because I’m a super nerd, I absolutely love Shakespeare. I have taught Othello and absolutely adore this play. There is so much wisdom and craziness in it! And, it’s perfect for teens because of the jealousy and love triangle elements. Why did you choose to include this play in your novel?

I love Othello and, at the same time, I hate that jealous, sad, pathetic Moor. I’m like Carlie; I want to rewrite the play and let Desdemona set that guy straight. Alas, that can’t happen. I also chose this play because of the separation of the father from the daughter at the beginning of the play. Carlie has a hard time saying her lines because she hates to say goodbye to her father a second time. That offered opportunities to bring up how Carlie still grieved, but was trying to recover.

I have a fascination with the Spanish language. I don’t speak it, but desperately want to.  I was definitely attracted to your use of Spanish in your title. Do you speak Spanish? Or, are you like me and just wish that you could?

I used to be able to get by when I was in a Spanish speaking country. Now, I don’t know.  I spent a summer in Valencia and by the end of my time there, I was able to carry on a fair conversation. It’s so easy not to use the language when you’re in the US that I don’t use it. Still on a trip to Nicaragua last year I manage to wrangle a few fresh lobsters from a fisherman and he even gave me a local discount. How about that?

What’s up next for you? Do you have another book in the works, or is it time for a break?

I’ve finished my third novel. At least, I’ve stopped writing and put “The End” at the bottom. There may be rewrites in my future. This one will be a bit different; it has a male protagonist, but it has a few adults that I admire as well as a couple less admirable ones. I really like this main character, but then I always fall in love them. They’re like my kids, and since I’ve only had boys, I’m very fond of this guy, Hutch McQueen. He’s so lost at the beginning that he makes my heart ache. I had to figure out how to save him.

Thanks for the interview! If you'd like to find out more about this book, check out this video trailer: 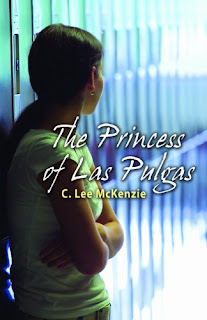 And, on to the part you've all been waiting for! The giveaway! To enter, please comment on this interview and tell us why you'd like to read this book or remark on some aspect of this interview. Make sure to leave your email so we can contact you if you win!


Extra Entries:
+1 Follower
+3 Link on Your Blog (leave link)
+5 Blog Post (leave link)
Please use one comment for ALL entries.
US Addresses Only; Closes 1/25 at Midnight (EST)
Posted by Mrs. DeRaps