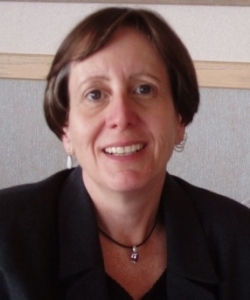 For this author guest post, I asked Catherine Ryan Hyde to write about her choice of including a trangered character in her novel Jumpstart the World.  Here's what she had to say:

As some of you may know already, I grew up with a transgender sibling.  When I was about 13 or 14, I had to learn to call my sister my brother and switch from “she” to “he.”

I managed.  I don’t mean to make it sound like the trouble was all mine.  Sometimes I think people make too much of their own discomfort as a friend or relative of someone in transition.  Really you are not being asked to do anything but accept change.  Maybe I’m lucky, because I got a good early lesson in acceptance.  That’s the kind of lesson that comes in handy as life unfolds.

This is actually not the first time I’ve included a transgender character in one of my books. Pay It Forward---yes, Pay It Forward—contains the character of a transgender teen.  Gordy is his name.  He’s a teenage boy with a female gender expression, not really in transition yet, but presenting himself as female whenever he can get around his angry stepfather.  Unfortunately, his character never made it into the movie, so most people don’t know about Gordy.  See, that’s another good reason to read the book instead of just seeing the movie, for those interested in LGBT characters in fiction.

I knew why I wrote him into that book, too.  I was so outraged by the violence and abuse faced by transgender people.  The way someone will cross over from the other side of the street to start trouble.  To get in their faces, push them.  Ask them, “What are you?” (Uh, a human being?)  Call them “it.” When it happens to someone you care about, it’s pretty damned unbearable.  So I wanted to make that point.  Okay, it seems strange to you, fine.  Walk the other way.  Why would you even take it on as a personal problem?  You’re a total stranger.  What’s your point of engagement?  Why do you even care?

Not too long after I wrote Pay It Forward I met my friend Doug (I dedicated the book to him).  I read an article about a local transgender man (female to male) in the newspaper. I was so impressed by the courage it takes to come out like that in a small-town setting.  I didn’t know him at all, but I knew he’d just done a radio interview with a guy I know, so I got his email address and sent him a note of support.  I wanted to applaud him for that article.  In case he got any other, less supportive, notes.  He wrote back, and we’ve been friends ever since.

One thing has been experienced in common by both these transgender people in my life:  the fear and helplessness involved in a hospital stay.  When you read Jumpstart the World, if you do, you’ll see how that came into play.

So that’s why I wrote about the subject on more than one occasion.   Because I know from experience that when you know a transgender person, acceptance is not hard.  So, after this, maybe you’ll know Frank (from Jumpstart the World).  And maybe that will help just a little.  Maybe that will add a little understanding and acceptance to the issue.  I hope so.  I think it’s overdue.

Thanks to Catherine Ryan Hyde for visiting this blog and for writing such amazing books!
Posted by Mrs. DeRaps